A York City Fire Department officer was reportedly trapped in his car after a collision with another vehicle at King and Queen streets in York Wednesday afternoon.

The officer’s fire rescue car and a blue Nissan Rogue collided near the traffic light at that corner, the according to police at the scene. The intersection is one block east of Laurel/Rex fire station.

In radio calls with York County emergency dispatcher’s, the firefighter could be heard reporting that he had been involved in an accident and was entrapped. 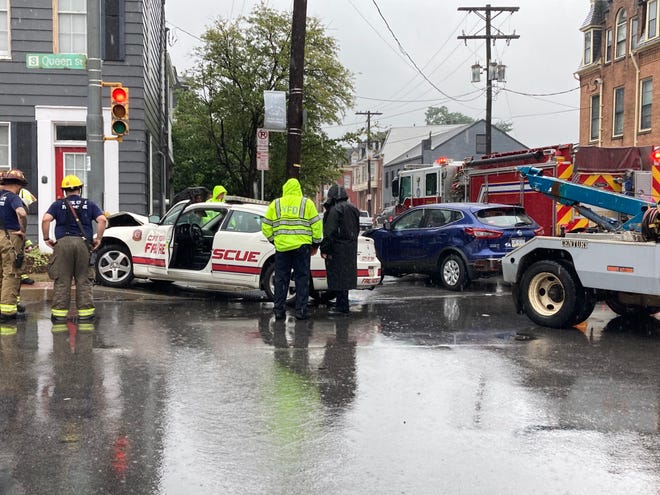