The crews were fighting a trailer fire. They were unaware the trailer had thousands of pounds of ammonium nitrate and fuel oil inside, and the firefighters were killed instantly.

The fire that caused the explosion was deliberately set and was ruled arson. Five people were found guilty of setting the trailer on fire.

KCFD tweeted about the explosion Sunday with photos of the firefighters and the hashtag “never forgotten.” 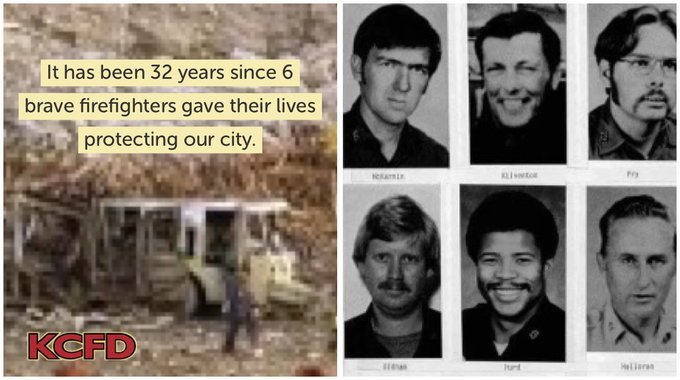