Channel Lock brand Type 86/87 rescue tools are commonly seen in bunker pants pockets, However they are on the higher end of the price range and are usually substituted for a less versatile but cheaper version from harbor freight in the event they get lost, broken, or due to lack of maintenance and use, rusted. After a abandoned liquor store fire where during overhaul, a brother and myself were entangled in drop ceiling wires, Ethernet cable and the very fine wire used in HVAC flexible duct work that had burned away, I found after the fact that it was difficult to have tool accountability and trace wires around a SCBA harness, a fire helmet and my partners feet, at the same time.They say necessity is the mother of invention, and my brain went to work.
It’s a crude yet simple idea, a $5.00 snap clip from a hardware store or a TSC, a simple hobby welder (if you don’t have one I guarantee you a fellow firefighter has one in either your department, or a neighboring dept) and a looped 30-36 inch piece of webbing and now you have a lanyard for your tool while still being able to use all of the Channel Locks Brand added features, in addition your less likely to allow your $50 tool to become adrift and become a combat loss.
Simply grinding away some of the finish on the spanner side of the pliers and buzzing a few spot welds with a MIG welder to fuse the snap link to the pliers did the trick, I also didn’t want the snap link to open anymore so that was welded shut, but that can be personal preference. Following the not so certified welders creed of “a grinder and paint makes me the welder I ain’t” I followed up by wire wheeling the pliers and rattle canning it with a coat of Rust-Oleum Flat White followed by some Fluorescent Green for a bright and easily located finish.
In addition to the webbing loop being able to go around your wrist or arm during use, the added length allows it to be attached to the snap clip commonly found on most SCBA harnesses or any other carabiner that you have on your bunker gear. The tool still fits neatly in a cargo pocket of bunker pants, and folding back 3inches or so of some of the webbing and wrapping with hockey tape, makes it readily accessible with a gloved hand. With added use the pliers joints will eventually loosen up over time allowing the cutting end to open automatically, allowing easier cutting into wires. So with a new pair, just sitting at the kitchen table and opening and closing it while the commercials play usually loosens the pliers joint’s up.  I hope this helps out some of my fellow brother and sister firefighters.
THANKS TO MIKE Z FOR SHARING 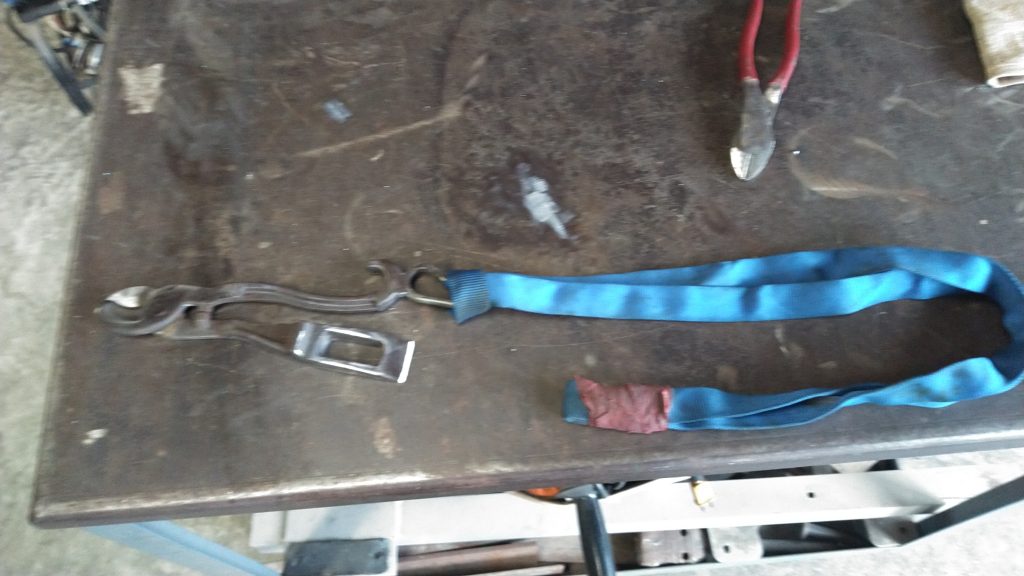 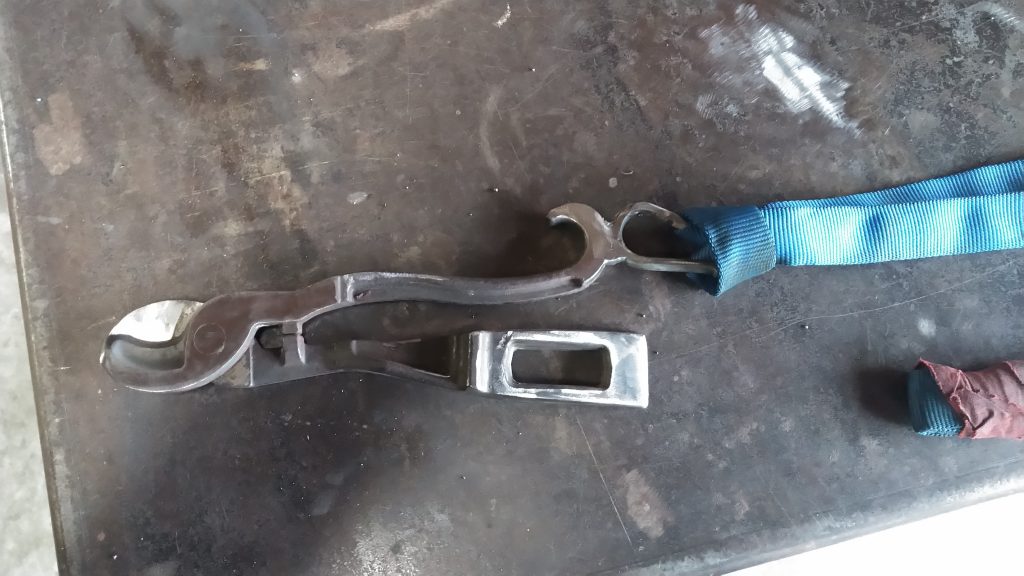