Even as he lay dying on the side of a Southern California mountain – his lips blue, the color gone from his face – wildland firefighter Yaroslav Katkov wanted to push on.

“We’re getting to the top. We’re finishing,” his captain recalled Katkov saying after collapsing atop a ridge during a training hike in hot weather, according to state records.

Katkov’s speech was garbled. He tried to stand, but couldn’t find his footing. His body temperature was reaching dangerous levels. He was suffering from heat illness.

What happened on that sun-soaked July day in 2019 is one thread in a larger story about firefighter training in an era of intensifying heat. Over the past 18 months, more than 150 firefighters were sickened by heat exposure while working for the California Department of Forestry and Fire Protection — known as Cal Fire. More than a quarter of heat-related incidents — the largest category — involve firefighters who fell ill during routine training exercises, Columbia Journalism Investigations, KPCC and the LAist found. Like Katkov, nearly all of these firefighters worked part-time.

The incidents, documented in Cal Fire’s workplace-injury logs, were specifically classified as heat-related and occurred between January 1, 2020 and August 3, 2021. CJI and LAist were unable to ascertain how typical the case numbers are. Cal Fire refused to say whether they were unusual or in line with annual totals for heat illnesses among workers over the past decade. The department declined to provide data that could put the numbers into a broader context.

CJI and LAist compiled less comprehensive data from internal Cal Fire reports on employee training injuries dating back to 2001, in addition to other state records. These documents show at least 14 other incidents that bear what some experts say are hallmarks of heat-related illness. In five of these incidents, the firefighters died.

All the firefighters succumbed to injuries not on the fire line in some remote California wilderness, but during required training. Many were decked out in full wildland gear — wearing long-sleeve jackets, pants and helmets while carrying heavy tools — and doing activities meant to simulate wildfire fighting — taking short hikes into the woods, for instance, or laying hoses up a mountainside. 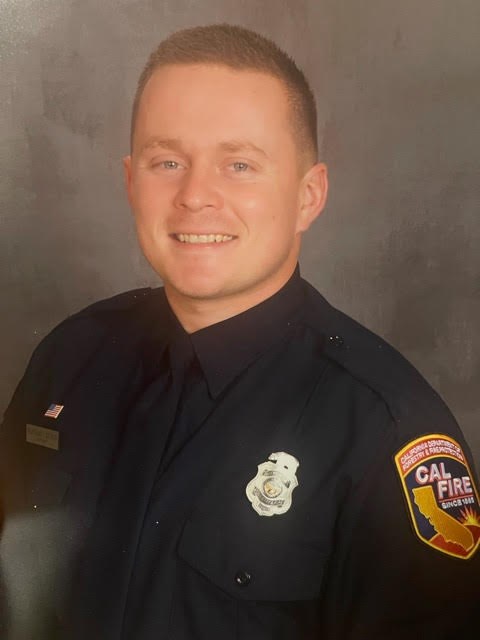 All but one of the deaths occurred in temperatures ranging from 70 to 87 degrees. Four of the victims were incarcerated, participating in a state program meant to bolster firefighting forces that dates back to WWII.