Results of the University of Arizona’s three-year study, which received help from the Tucson Fire Department, now will receive a peer review before the findings are published. 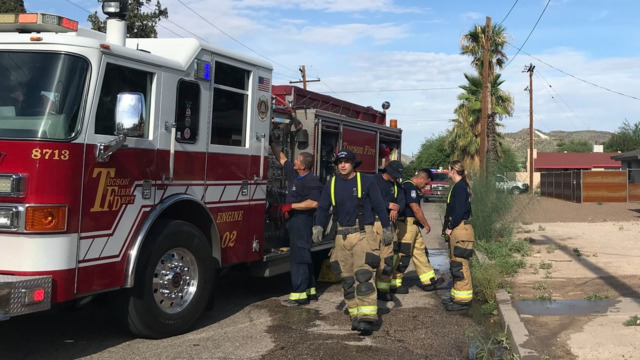 Results of the University of Arizona’s three-year study, which received help from the Tucson Fire Department, now will receive a peer review before the findings are published.

A three-year University of Arizona study to help firefighters reduce cancer risks is awaiting peer review before its results are published, KOLD-TV reports.

The study, which was funded by a FEMA grant, received help from the Tucson Fire Department. In fact, it was a fire captain from the department who spurred the research.

Capt. John Gulotta reached out to Dr. Jeff Burgess at the university following the death of a Tuscon fire investigator Tom Quesnel from leukemia. The two began conducting the study by studying nearly 30 fires in a year’s span and then working with more than 80 percent of Tucson firefighters over three years.

In the study, Gulotta and Burgess were looking for the best ways to reduce firefighters’ exposure to cancer-causing particles. Their preliminary findings uncovered what practices created a major difference when it comes to keeping crews safe from carcinogens.

“Getting dirty gear washed right when they come out called wash downs, making sure dirty gear is bagged so other people aren’t exposed to it, and taking a shower right when they get back to the station, remarkably reduce the amount of chemicals in their urine, showing the interventions are effective.” Burgess told KOLD, adding that exposure was reduced by about a third.

Another finding was specific to a certain type of firefighter: those who aren’t on the front lines of fire calls, such as engineers. Although these firefighters might not be in the middle of a blaze, they were still being exposed to its heat. That led to giving these firefighters breathing gear, which led to a significant reduction.

“Having them on air made a difference in their reduction and their exposure to me that was significant and it is such an easy fix to put them on a piece of equipment we already have.” Gulotta told KOLD.

Now, Gulotta and Burgess are waiting for their study to receive a peer review, which should be finished by the end of the year. Once their findings are published, they hope the results will prompt even more research on how to reduce cancer risks among firefighters.

“Three years of studying the research, the findings that we have are really just now opening up the eyes to extensive research.” Gulotta told KOLD.