A 36-year-old man faces numerous charges after the wild chase of a stolen fire truck through Winnipeg Friday.

United Fire Fighters of Winnipeg president Alex Forrest tells Global News the fire truck was stolen from a medical call on Henderson Highway, police say it was taken around 12:30 p.m.

“They were in the building for about 12 to 15 minutes and when they came out the truck was gone,” said Forrest.

Forrest said the truck hit a vehicle near Henderson Highway and Bronx Avenue before heading downtown with police and firefighters chasing behind.

Police spokesperson Const. Rob Carver said the truck then headed to the downtown area, where he said the driver turned onto the grass at Central Park.

“Early indications are that there were attempts to hit civilians in the park, but none were hit,” he said.

“The threat was very real here.”

Carver made it clear that the situation is not being considered a terrorist attack, however.

Carver said officers used two separate spike belts to try to stop the truck behind Portage Place Shopping Centre near Webb Place, but it carried on through the downtown with deflated tires. 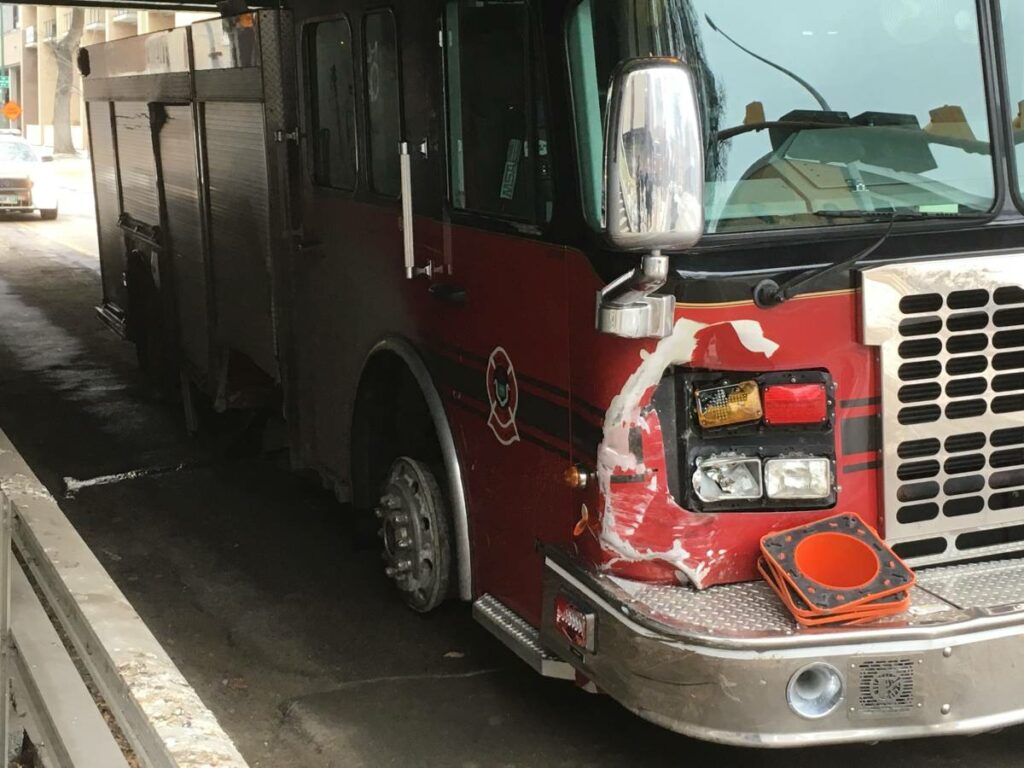 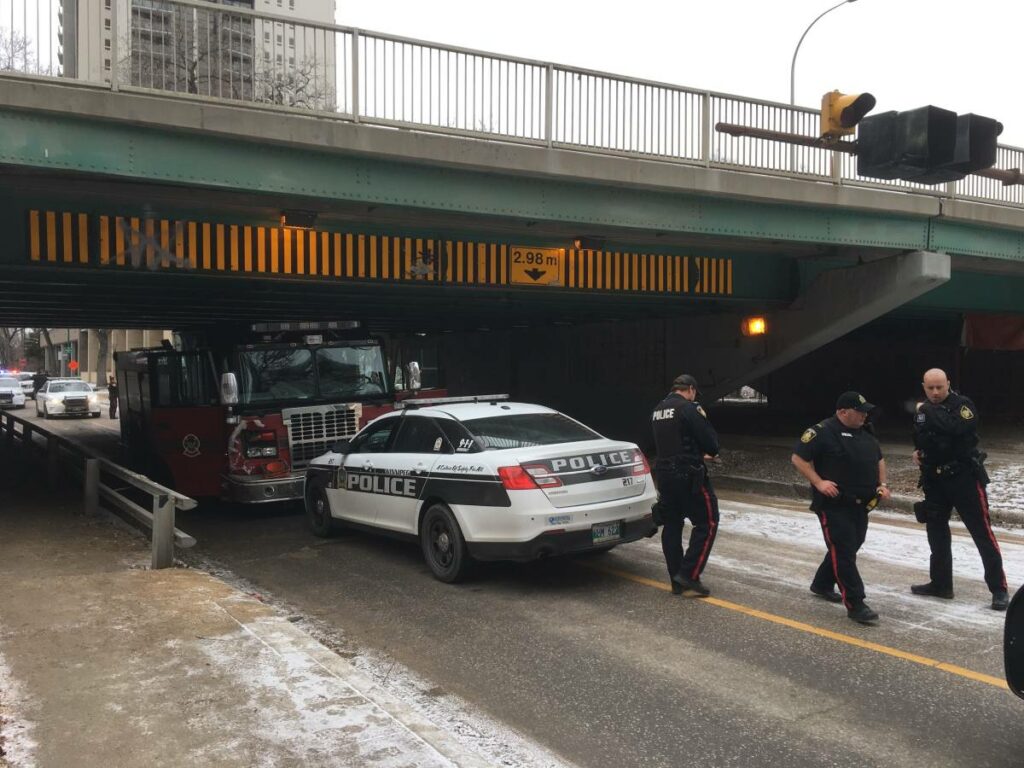