All,
From the Philadelphia Fire Dept:
PHILADELPHIA — It is with great sadness that the Philadelphia Fire Department announces the loss of one of its own along with injuries to five City of Philadelphia employees—four firefighters and one employee of the Department of Licenses and Inspections (L&I).
Lieutenant Sean Williamson, 51, was killed in the line of duty while operating at this morning’s fire at 300 W. Indiana Avenue in the city’s Fairhill section. Lt. Williamson was a 27-year veteran of the Fire Department, most recently assigned to Ladder 18 located in the Hunting Park section of the city. Lt. Williamson leaves behind his mother and son. 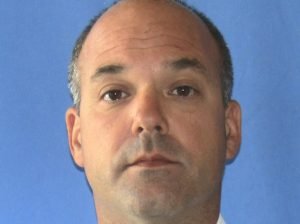 Injured during the emergency response were:
•    Lieutenant Sylvester Burton, Fire Marshal
•    Lieutenant Clarence Johnson
•    Firefighter Dennis Bailey
•    Firefighter Robert Brennan, Jr.
•    Thomas Rybakowski, Supervisor, Emergency Services Unit, L&I
“The Philadelphia Fire Department is grieving with the family, friends, and community for all those affected by this tragedy,” said Fire Commissioner Adam K. Thiel. “It is not possible to express in words what we feel at this time.”
“I am deeply saddened to learn of the tragic death of Philadelphia Firefighter Lt. Sean Williamson. This is a heartbreaking day for our city. For more than 27 years, he dedicated his life to serving and protecting the people of Philadelphia, and sacrificed his life protecting others. Early this morning, like every day, he exemplified heroism by doing what our first responders do every day: put on their uniform, leave their loved ones, and carry out their sworn duty to protect and serve the residents of this city. I share my deepest condolences with everyone who knew and loved Sean. I ask all Philadelphians to keep his family, and all members of the Philadelphia Fire Department, in your prayers at this difficult time,” said Mayor Jim Kenney. “I also want to express my sincere gratitude and commend all of our first responders who responded swiftly and bravely to save lives. To the five City employees that were injured, please know that we have resources and support to help you during this difficult time, and we wish you a speedy recovery.”
Shortly before 2 a.m. this morning, fire crews were called to 300 W. Indiana Avenue in the city’s Fairhill section. Eight occupants of the property were safely evacuated from the building.
The fire was placed under control over an hour later. Firefighters remained working when the building collapsed after 3 a.m. A 2nd-alarm was declared after the collapse occurred.
Four people, three firefighters and one L&I inspector, were initially trapped. They were quickly rescued and transported to Temple Hospital. Thomas Rybakowski, Supervisor, Emergency Services Unit at L&I, was treated and released, as were Firefighters Lt. Clarence Johnson and Lt. Sylvester Burton. Firefighters Robert Brennan, Jr. and Dennis Bailey are in critical but stable condition at Temple Hospital.
Two other Fire Department members were trapped under debris where firefighters began a search and rescue operation after the initial collapse. Around 7 a.m., the trapped firefighters were removed from the rubble. One Firefighter, Robert Brennan, Jr., was rushed to Temple Hospital. The other, Lt. Williamson, was pronounced deceased on the scene at 6:45 a.m.
The collapse response was placed under control at 7:12 a.m.
The Philadelphia Fire Department’s Fire Marshal’s Office is investigating the cause of the fire with assistance from the ATF, as is routine procedure. No cause has been determined.
Responding agencies to the scene include the Philadelphia Police Department, the Office of Emergency Management, Philadelphia Licenses and Inspections, ATF, PECO, PWD, PGW, American Red Cross, and the Second Alarmers.
Funeral details for Lt. Sean Williamson are pending. A photo of him is available for download online. Via Philadelphia FD.
Our condolences to all those affected. Rest In Peace.
BillyG
The Secret List 6-18-2022-1632 Hour
www.FireFighterCloseCalls.com