Firefighters in Mississauga are the first in the province to benefit from a new program that aims to help first responders cope with the impact of post-traumatic stress disorder.

The Road to Mental Readiness (R2MR) program held its first training session on Friday, with firefighters learning how to recognize signs of mental-health issues and work-related stress in themselves and their colleagues.

For many, the program is long overdue. Mississauga fire acting captain Allan Mills said he is still on the road to recovery after he and three other officers survived an explosion at a Mississauga warehouse nearly two years ago. 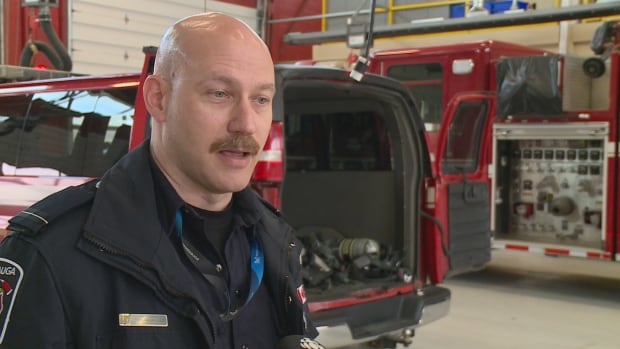 “It’s been a long road to recovery,” says Mississauga Fire acting captain Allan Mills, who is struggling with PTSD after surviving an explosion nearly two years ago.

“It’s the closest I’ve come to dying,” Mills said of the blast on April 23, 2014. “My crew and I were basically faced with an explosion head-on. I was thrown through the air about 20 feet and we were all crushed under a 10-foot wall.”

All four firefighters were injured that day and Mills said he has been struggling with PTSD ever since.

“A lot of it is trying to mitigate our feelings and trying to get over what we went through,” Mills said. “It’s been a long road to recovery.”

Mills is one of several crew leaders to be the first to receive the training. The whole fire department isn’t expected to be fully trained until sometime next year.

First responders twice as likely to suffer from mental illness

Assistant fire chief Shawn Mattheson, who is helping lead the training, said one of the main goals of the program is to lift the stigma around mental illness and help first responders recognize signs of trauma. 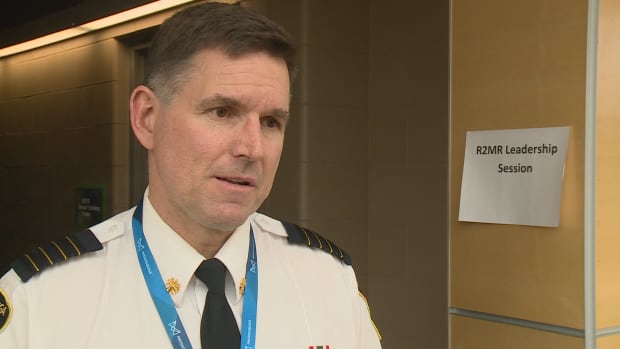 “First responders are twice as likely as the average Canadian to suffer from a mental illness,” says Mississauga assistant fire chief Shawn Mattheson.

“First responders are twice as likely as the average Canadian to suffer from a mental illness,” said Mattheson.

According to Mattheson, these are “proven methods that people under high-stress situations can use to increase their resiliency, thereby preventing issues like post-traumatic stress disorder.”

New legislative changes passed this week mean first responders who have PTSD will no longer need to prove that it’s related to the job in order to get treatment and health coverage.

“We owe it to those people that we put in harm’s way, we owe it to treat them properly when something happens, when they end up with PTSD themselves,” said Minister of Labour Kevin Flynn, who attended the first day of training. “We know the outcomes are a lot better if we start dealing with this very quickly.”

Flynn noted that in the past, first responders would have to prove that there was a causal link between an incident that took place in their employment and the onset of PTSD. 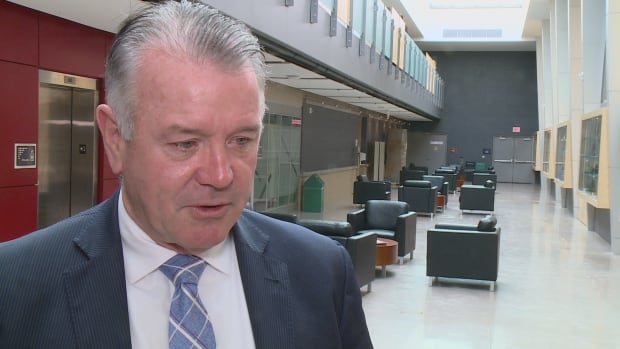 “We owe it to treat them properly when something happens, when they end up with PTSD themselves,” says Minister of Labour Kevin Flynn.

“What the new legislation is saying is that just because you’re a firefighter, just because you’re a police officer or a paramedic … we know what you do on a daily basis and we’re saying to you, ‘if you end up with post-traumatic stress disorder, we’re going to skip that part and go right to the treatment.'”

Mills said the new legislation will be key to helping first responders deal with trauma early on.

“It’s overdue and it’s a big step forward for us,” Mills said.

The R2MR program was originally developed by the Department of National Defence, and has been used successfully within the military and police sectors.

The goal now is for every firefighter and officer in Ontario to be able to recognize signs of post-traumatic stress disorder and other mental-health issues and know when to reach out for assistance.