Firefighters in Fairfax, Virginia are taking part in a new study aimed at reducing their exposure to deadly carcinogens.

FAIRFAX COUNTY, Va. — When buildings and vehicles are set ablaze, toxic chemicals are released into the air. Those chemicals can last by hanging on to firefighters’ gear, even taken back to the station after fires are put out — causing troubling consequences for health and safety to those in duty.

According to a National Institute for Occupational Safety and Health study, firefighters are twice as likely to get skin and testicular cancer and mesothelioma.

Fairfax Fire and Rescue is looking to reduce those numbers with a new approach.

The department partnered with the National Fire Protection Association Research Foundation on a four-phase study that aims to improve equipment that can filter through the carcinogens and make for healthier firefighters. 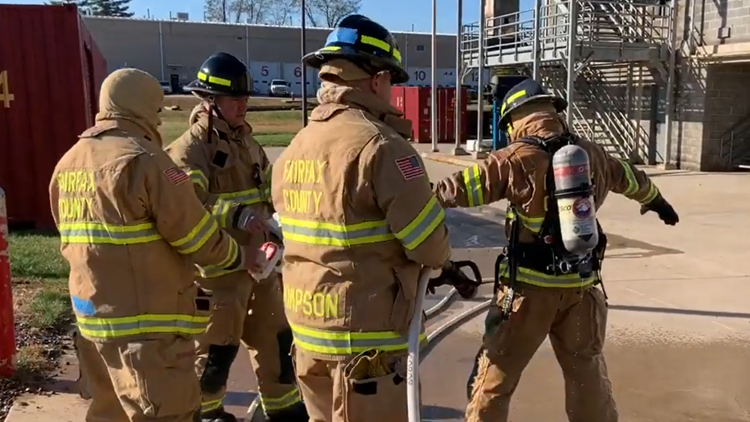 In a statement released Nov.13, the FCFRD said that PPE’s — personal protective equipment — worn by those in duty can retain those harmful carcinogens and spread them back to the fire station.

“Through a variety of research and studies, it has been learned that the firefighting PPE that protects firefighters in a fire, also tends to retain harmful carcinogens – which are then brought back to the fire station,” the statement read.

The partnership aims at a “holistic approach” to improving that gear and reducing cancer exposure. The first phase of the project has firefighters dress in full PPE ensemble and put in a “washing room” meant to simulate a heavy smoke and ground exposure. The gear is then hosed down with a non-toxic spray meant to simulate harmful carcinogens. 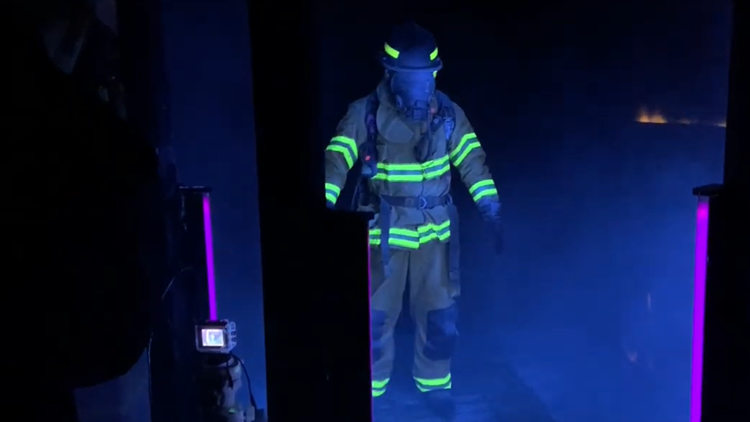 After multiple decontamination rinses, fluorescent lights are then used to photograph how much fluorescence remains on firefighter’s gear, including SCBA’s -Self-Contained Breathing Apparatus, the mouthpiece firefighters use.

Those with more fluorescence left on them help indicate what toxic chemicals remain on the suit and where even after those decontamination efforts.

Jaime Little, a Fairfax County firefighter and a member of the NFPA Respiratory Protection Equipment Committee, said that the preliminary testing is just the start for the project could change how cancer-causing chemicals in fires are understood.

“The testing this morning provides a baseline and a general analysis so we can move forward with phase 2 and 3 and so forth, as we begin to move into conducting live-fire testing and eventually moving into looking into the actual cancer-causing chemicals that fire produces,” Little said.

The partnership has since been supported by a Department of Homeland Security grant, which aims to further the research efforts. 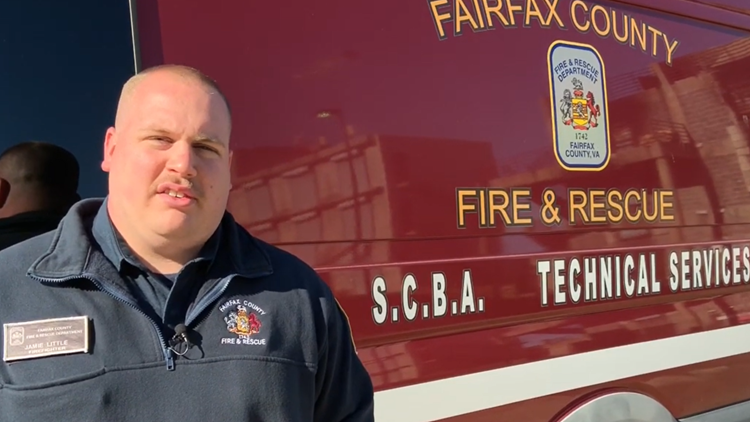 WATCH: Phase 1 of the SCBA Contamination and Cleaning Study