While conducting live fire training in an acquired structure I fell through the floor of a covered porch and down an unknown abandoned water well.  This training took place in a neighboring fire district, and I was asked to come provide some basic fire behavior confinement and extinguishment training to members of that department, as well as members from my own department.

1403 guidelines were followed for this training evolution.  The hosting department’s chief had been told there was a well somewhere under the covered porch on this structure at the time he took the initial tour of the home to assess training value.

On the day of the training the chief of the department assumed that his personnel had relayed the information regarding the well on to all training at this structure during the initial training safety brief.  This information, unfortunately, did not get passed down.  The well was located basically just to the right of the main door used for entry and exit to this live burn training.

Crews trained in this structure for about 2 hours before this event and were traveling over this opening for every evolution.  We were between evolutions and I went out to get the propane torch to reignite the fire for another training evolution.  I was standing in the doorway discussing the next evolution with the Fire Chief from the hosting district at the time of the incident.  I turned to have him light the propane torch and my foot went through the floor.

Immediately boards began falling into the well below taking my right structure boot with them.  As I fell I remember thinking that I should be making contact with the ground at any moment.  I did not make contact with the ground and continued to fall straight down.  I landed in water and the water cushioned my landing.  The presence of water in the well, and my being in full PPE including SCBA (breathing air at the time of the accident), aided in my escaping this near miss with only minor bruising.  My SCBA cylinder created buoyancy and my gear created an air gap which also created buoyancy which kept me from even hitting the bottom of the well.

I have no idea how deep this well actually was, I am assuming that it was 20 feet or deeper based on how much ladder it took to reach me.  I was able to grab a pipe that was present in the well and keep my head above water as my gear became water saturated.

There was debris on my left shoulder pushing down, but I was able to grab the pipe with my right hand and hold myself up so my head was out of the water.  The propane torch assembly went down into the well with me and during our fall the hose and torch were ripped off the bottle.  The bottle was now in the bottom of the well with an open valve spewing propane out into the well and the hose was wrapped around my SCBA cylinder.

Once I was safe from sinking and had gotten the debris cleared off my shoulder I decide to un hook my regulator from my face piece so I could call out for help.  I immediately recognized the presence of propane in the well and went back on air.  Crews who were topside very quickly retrieved a 16 foot roof ladder and lowered it into the well using the hooks on the ladder to secure it at the top of the well.

There were only 2 rungs of the roof ladder below water level so I had to hoist myself up to be able to get a foot onto the ladder.  I remember thinking that it felt like a weight vest was attached to both legs as I started up the ladder (due to the water saturation of my gear).  After I was safely out of the hole and out of my PPE I was assessed by a medic who was on scene and luckily I only had bruises and a banged up knee.

If you are instructing any training in an acquired structure make sure to always assess the structure yourself.  I was a guest instructor so I was not responsible for securing the structure.  Maybe if I had done an assessment I would have discovered the well, maybe I would not have.

Also if you have known hazards make sure that they are part of the safety briefing.

Always have EMS on standby at any live fire training event.  It may also be a good idea to have them on other events, but certainly make sure that they are built into your training plan if Burning in a structure is in the plan. 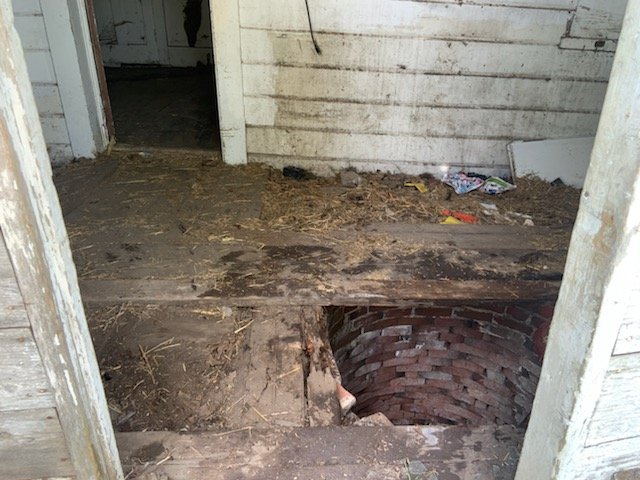 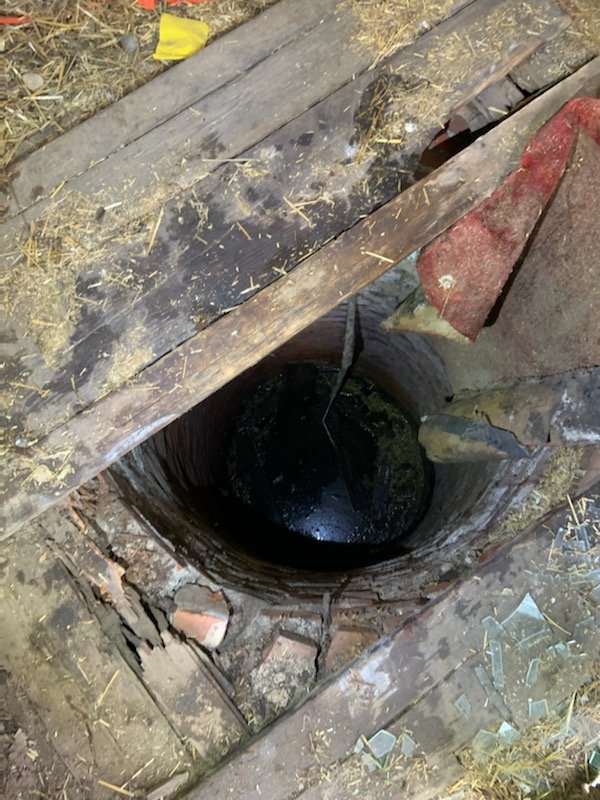 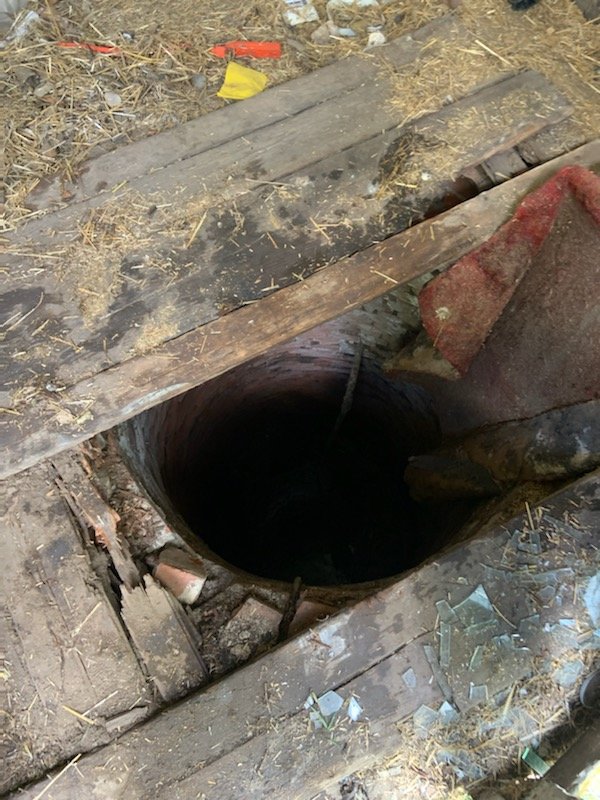