CLAY COUNTY, Fla. (WCJB)– Clay County firefighters are mourning the loss of one of their own.

McKay, 45, passed away on Wednesday after a battle with cancer.

McKay started work at the Clay County Fire Rescue in 2006, and he served Clay County for fourteen years as an engineer on Engine 24 at Station 24 near Green Cove Springs.

McKay served in the United States Armed Forces as a Marine before entering the Fire Service.

He is survived by his wife and three daughters. 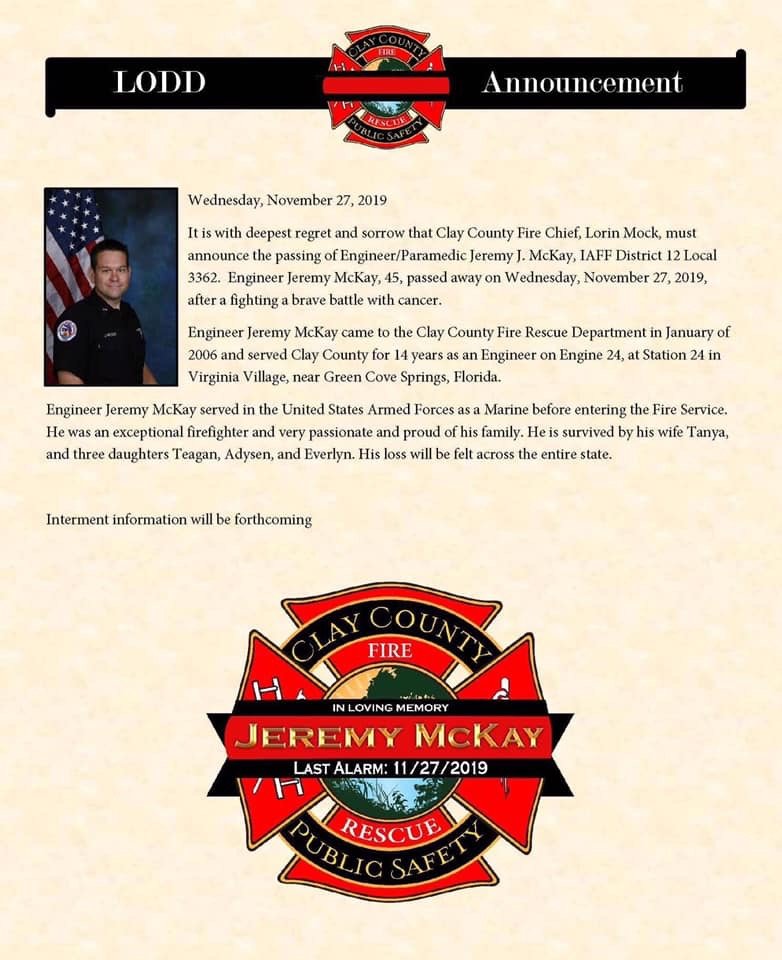