Seven firefighters have been injured trying to put out a massive blaze at Germany’s largest amusement park, police said on Sunday.
The fire at Europa-Park started early Saturday evening in a storage facility before engulfing the Pirates of Batavia boat ride, completely destroying the attraction.
It took some 250 firefighters until the next morning to extinguish the inferno, which sent huge columns of black smoke into the air.
Dramatic images of the raging fire were widely captured by visitors to the theme park in Rust, southwestern Germany and shared on social media. Some 25,000 people had to be evacuated from the park, but none suffered any injuries. 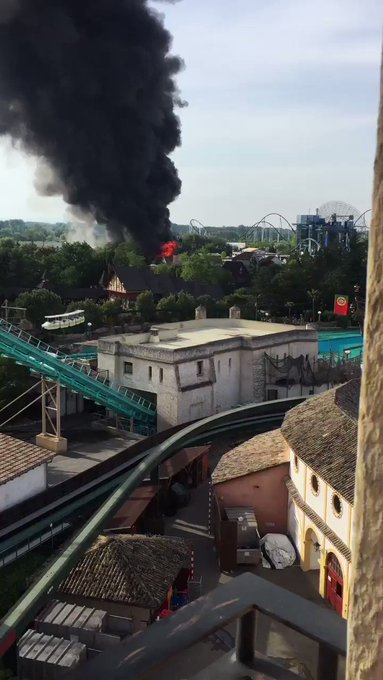 #europapark hoping everyone is ok

The Pirates in Batavia ride at Europa-park in Germany is currently experiencing a horrific fire and part of the park is being evacuated. We hope no one got hurt here. #EuropaPark #ThemeParks #BreakingNews Photo credit: Amandine C. pic.twitter.com/bAlx3eeKEd

The aftermath of the fire at Europa Park is horrifying… Before and after photos of the Scandinavia section. #europapark #Europapark pic.twitter.com/kDRaE55bww 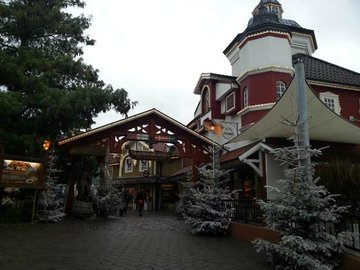 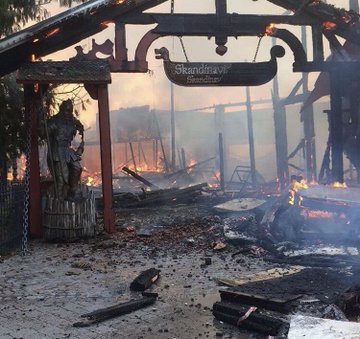 Twitter Ads info and privacy
The local Offenburg police said in a statement that the blaze had left seven firefighters “lightly injured”, without giving details. All of them were able to leave hospital after receiving medical attention.
Europa-park opened its doors as normal on Sunday, although large sections of the Dutch and Scandinavian-themed areas remain closed because of fire damage.
Europa-park’s chief executive Michael Mack tweeted his thanks for the rescue services, saying Saturday had been “a sad day” for the park.
The cause of the fire is still unknown. Police said some firefighters remained at the scene to carry out damping down operations and secure the area to allow experts to assess the damage.
Founded in 1975, Europa-Park is Europe’s second-most popular amusement park after Disneyland, attracting some 5.7 million visitors last year.