Two firefighters suffered concussions Thursday afternoon when one slipped off a fire engine and fell onto the second while they were at a three-alarm blaze, the fire chief said.

Dressel was climbing up the side of a fire engine to grab another hose — about seven feet off the ground — and he slipped and fell as he was pulling it off, Derevyanik said. Dressel landed on top of the Little Ferry fireman and they both fell to the ground.

They were fighting a blaze in a detached garage at 31 Jackson Place that had flames threatening the home, Derevyanik said. The fire was reported just before 4 p.m. and was under control within 45 minutes. The fire was caused by an electrical shortage in the garage door opener. 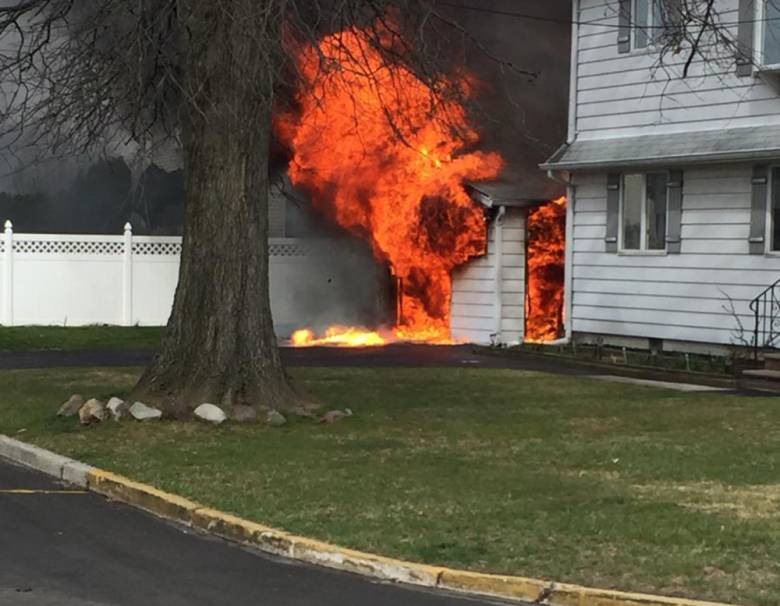