LOS ANGELES – From injuries, cardiac arrest, and cancer, with every fire they tend to, firefighters cut years off their lives.

On average, firemen die 10 to 15 years earlier than non-firemen. But that doesn’t stop Los Angeles County’s firemen from answering the call every single day.

“We could show up here today and be at a fire in Malibu by lunch time. It’s a very dynamic job,” says Chris Vazquez a firefighter paramedic with L.A. County Fire Station 164 in Huntington Park.

For the firefighters injury or even death could be right around the corner during a typical day on the job. Every firefighter has a story of an injury or a close call. Chris Vazquez’ close call was in May of 2015.

“It was far into the shift, it was almost midnight, so typical fire call on the quint. Headed there, reports smoke and fire showing,” said Vazquez.

The three-alarm fire was at a commercial building. His station 164 was in charge of ventilating the roof.

“It was a very aggressive fire, turned out to be an attic fire and things escalated quickly,” says Vazquez.

Three other fellow firefighters were on the roof when they all fell through. The one most severely injured was Matthew Ramirez, who suffered burns all over his body.

Ramirez has been a firefighter for 14 years, and shared his traumatic experience with Spectrum News 1 in between calls. Then, in the middle of the interview, the alarm rang and he had to run out on a call. So we accompanied him, the fire was at a two-story commercial building in Maywood, and after Ramirez’s fall, going back on the roof can be a trigger.

“I’m just worried that it’s going to fall through, that’s always in the back of my head,” says Ramirez.

As he climbs on the roof, he is reminded of those terrifying moments four years ago when he fell and landed in the mouth of the fire.

What he didn’t know is that Vazquez, had thankfully exited the burning building in another spot. Although no one died, just the thought of losing his friend has left Ramirez scarred physically and emotionally. It has had an impact on Vazquez too.

“Humbling to the point that it puts life in perspective,” says Vazquez. 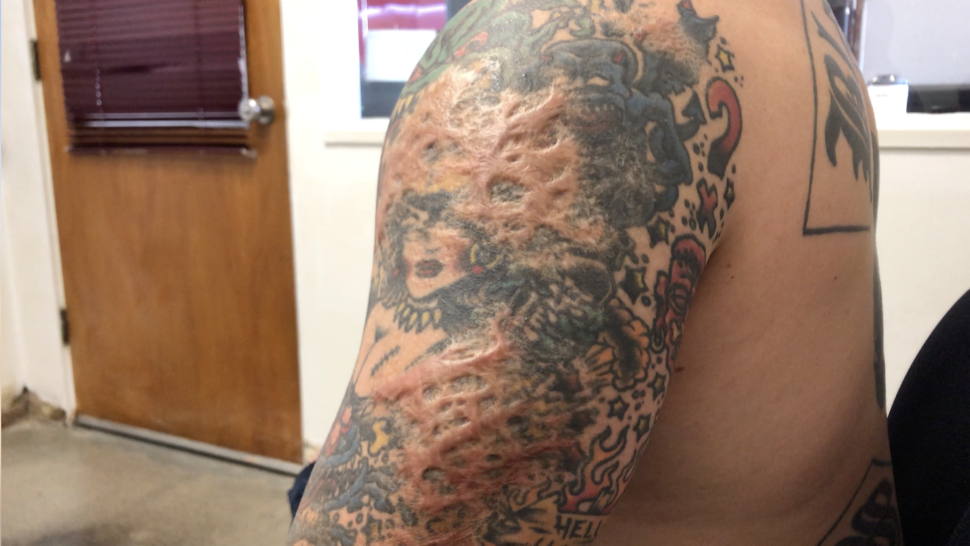 The fire in Maywood was measured in alarms and monetary damages. In the last few years, more firefighters have died by suicide than in the line of duty. Attempting suicide at more than 10 times the rate of the general population.

Coupled with their shorter-life expectancy should make the us rethink how we measure fires, not in acres and structures burned, but in the number of life-years lost by the firemen and women who are always there to answer the call.