Concerns over unhealthy conditions and links to cancer at Seattle’s Station 31 led to the decision to build a new firehouse at a different location in the same neighborhood. 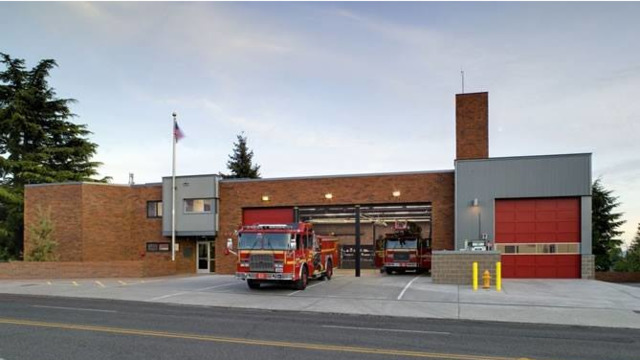 Concerns over unhealthy conditions and links to cancer at Seattle’s Station 31 led to the decision to build a new firehouse at a different location in the same neighborhood.

Seattle authorities have decided the city should build a new fire station in Northgate to replace an existing station where worries have long been raised about unhealthy conditions.

Mayor Jenny Durkan’s administration announced the decision Friday to construct a new Station 31 at a different site in the same neighborhood. Representatives said various problems with the building, including but not exclusively related to mold, mean building a new station will be a better use of taxpayer dollars than trying to renovate the existing Station 31.

Station 31 was built in 1973 and renovated in 2008. The representatives said they couldn’t immediately say how much the new station may cost nor when construction may start. The price tag for a new Capitol Hill station completed in 2017 was $13.4 million.

Firefighters assigned to Station 31 have been working out of other North Seattle stations since June. Durkan and Fire Chief Harold Scoggins relocated them at that time in response to environmental testing undertaken by the union that represents firefighters, Local 27.

Though the city had tested Station 31 in the past and had cleared the structure for use, firefighters have repeatedly expressed concerns about the building they refer to as “Cancer House,” because many who have worked there have been diagnosed with cancer.

Initial results from Local 27’s testing indicated there were trace amounts of mycotoxins, a possibly dangerous byproduct of some molds. Subsequent testing by the city has also registered mycotoxins, though representatives at a Friday news conference said they don’t know whether those have caused cancer at Station 31.

While a state Department of Health report counted 119 cases of cancer among the 1,622 firefighters who worked at Station 31 between 1975 and 2003, the work that all firefighters do puts them at risk for cancer.

The Fire Department is partnering with Fred Hutchinson Cancer Research Center to investigate whether Station 31 firefighters have been diagnosed with cancer at higher rates than those elsewhere.

“To bring all the pieces of the puzzle together, we’re going to need our cancer study completed,” Scoggins said. “What we know is there were (locations) in Station 31 where moisture was accumulating over time.”

He described the mold testing as a “launching point” to look at other issues with Station 31.

The slab where its vehicles park is sloped in such a way that water drips off the vehicles and then drains to the back of the building and seeps into the basement, Potter said.

In addition, the existing Station 31 on North Northgate Way west of Interstate 5 is too small to properly serve a growing part of Seattle, Scoggins said. Many apartments have been added in the area, Northgate Mall is slated for redevelopment and a Northgate light-rail station is scheduled to open in 2021.

Local 27 President Kenny Stuart has seen cracks in the basement ceiling “with rebar showing,” and the structure has poor ventilation, he said.

The testing didn’t yield a smoking gun but instead “pointed to a need to dig deeper, which is going to mean chiseling the walls apart,” Stuart said.

Station 31’s engine and ladder companies, which are accompanied by a medic unit and an aid car, have been among the city’s busiest, Scoggins said. In choosing a new site, “we’ll be taking into account the district’s growth and the changes taking place,” he added.

The 2008 renovation cost $2.85 million and was among more than 30 fire-station rebuilds and upgrades paid for through a property-tax levy approved by Seattle voters in 2003.

Because the work at Station 31 came earlier than some other levy projects, “We learned a lot and the standards changed along the way,” Scoggins said.

Station 31 has actually undergone more work in more recent years to accommodate new equipment and needs, and that work has complicated the building’s problems, Stuart said.

“That station should have been rebuilt in the first place,” said Stuart, praising the new fire stations built with levy money as modern and durable but describing the 2008 renovation as an inadequate “lick and a promise.”

The Durkan administration plans to move Station 31’s firefighters into tents and trailers at a temporary site in their service area while their new structure is built rather than keep them housed at other stations, representative said. During the 2008 renovation, they were sited in a parking lot across the street, Stuart said.

Response times have slowed in the service area since the Station 31 firefighters were relocated across North Seattle, Crosscut has reported. For a period this summer, units took a minute and a half longer than normal to respond to fires and basic medical incidents, the outlet reported.

“Our response times have increased but we’ve been managing that,” Scoggins said. Station 31 firefighters are continuing to check hydrants and inspect buildings in their service area, he said.

In her latest proposed capital-improvement plan, under review by the council ahead of a November budget vote, Durkan has included $1.5 million in 2020 for Station 31 improvements and resources in subsequent years that could help build a new station.

That should be enough to begin work on the temporary site and start a search for a permanent location but they may need to return to the council at a later point to secure more money for the new station, Potter said.

Visit The Seattle Times at www.seattletimes.com