A firefighter became trapped in a house fire in east Fort Worth on Wednesday morning after a portion of the roof collapsed onto him, leading to a rare “mayday” call in which personnel rushed to pull him from the debris, according to Mike Drivdahl, a fire department spokesman.

The single-story building near the intersection of Milam and Craig streets has been vacant, Drivdahl said.

Firefighters responded to the structure a little after 5 a.m. and — encountering heavy flames — decided to go inside to attack the growing blaze, he said. This was when the first firefighter was injured, sustaining minor burn injuries to the leg, he said. Some time later, he said, fire officials made the “mayday” call when part of the roof collapsed onto a firefighter.

This call means “there is something that has happened that is not normal,” which in this case was fallen roofing pinning a firefighter, Drivdahl said. A crew went inside the unstable structure, he said, and officials called two more firetrucks to the scene to assist. Firefighters were able to rescue him. 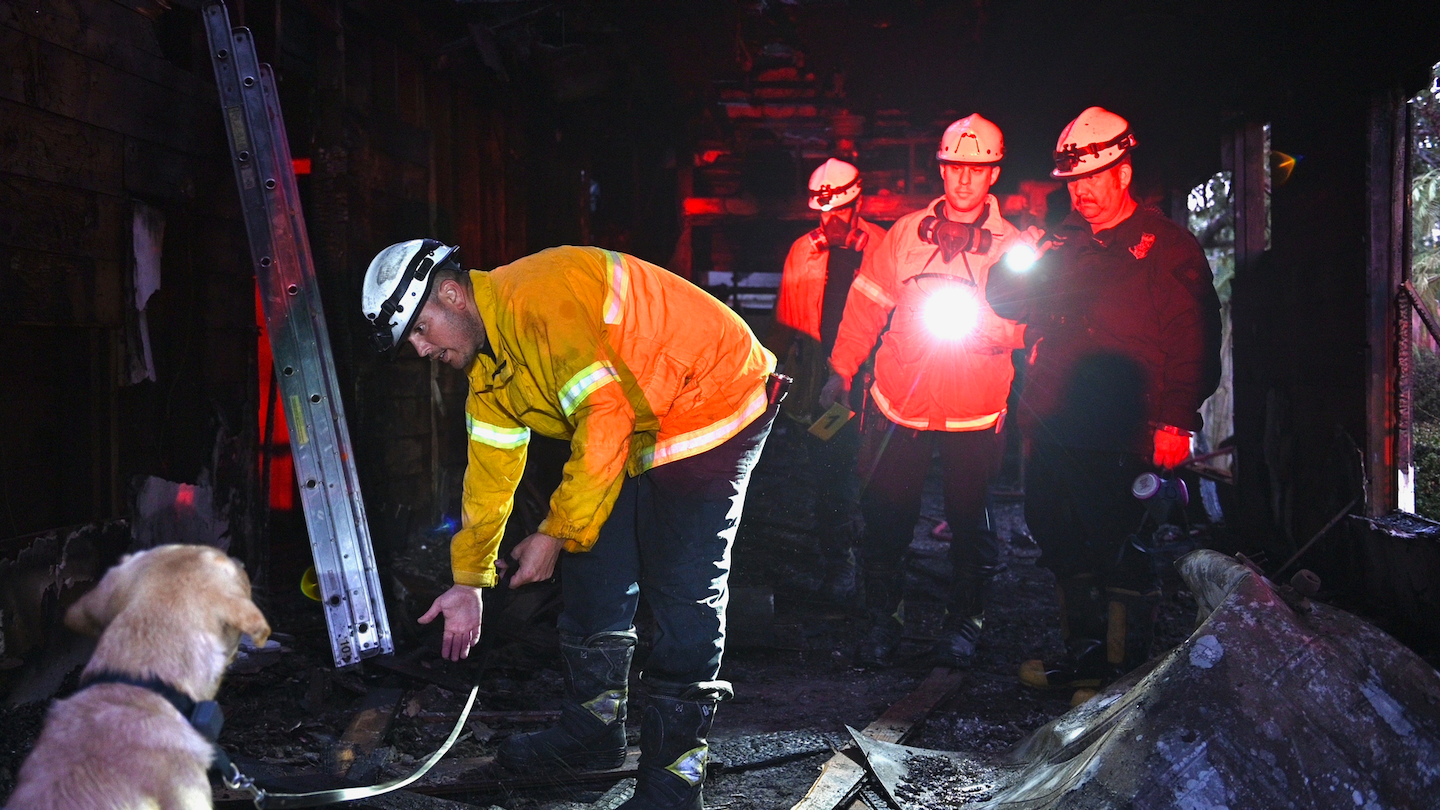 Drivdahl, who was at the scene Wednesday morning, said he was still trying to piece together how long the man was trapped, and how he was saved. Firefighters train for scenarios just like this, he said, even though they almost never happen.

“We do mayday training, and it is for this situation, because…they are rare but they are an extremely dangerous situation,” Drivdahl said. “Everything went exactly the way that we train for it to go. There was the recognition of the fact that something was wrong, there was the activation of the mayday, there was the crew that went in and was able to immediately get that person rescued.”

In the two years Drivdahl has been a fire department spokesman, there have been no mayday calls, he said. He has additionally never seen a mayday call in his entire 14 or 15 year career as a firefighter.

Crews had the fire under control within around 45 minutes on Wednesday morning, he said, though the vacant structure was completely destroyed by this time. The remainder of the roof eventually collapsed and the entire structure sustained fire, smoke and water damage.

The cause of the fire is under investigation, Drivdahl said. It appeared to have started near the front of the structure.

Investigators from the department were on the scene on Wednesday morning to investigate the entire incident and the fire department’s response to it, Drivdahl said.

He was hesitant to say the department was lucky to escape with only minor injuries to two firefighters with the unforeseen challenges they faced.

That word implies that “we didn’t do something right,” he said. And he said they followed their protocol.

“Luck is for the lottery,” Drivdahl said. “We’re good at what we do, and we went in and took care of business this morning.”