WASHINGTON (WJLA) — When D.C. firefighters responded to the report of a fire in Northeast Thursday evening, a man suspected of setting the fire attacked Fire Engine 8.

As they were trying to put out the fire, which was outside in the 300 block of 18th St. NE, the man became aggressive toward the crew, according to a DC Fire and EMS spokesperson. 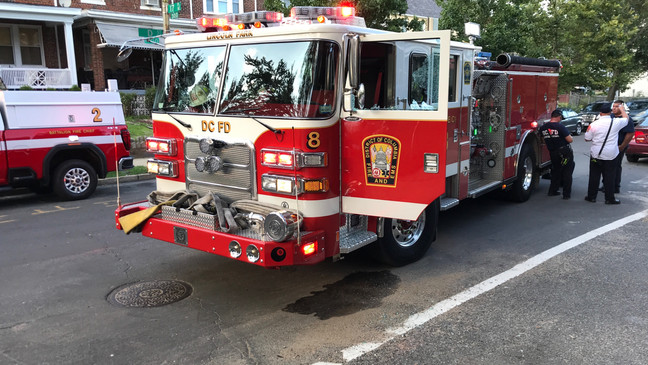 D.C. firefighters attacked while trying to put out a fire in Northeast. (Scotty Smith/ABC7)

The crew called for police assistance and tried to move toward a safer place. The man then shattered the driver side window of the fire truck.

One firefighter was injured. The suspect was taken into custody.